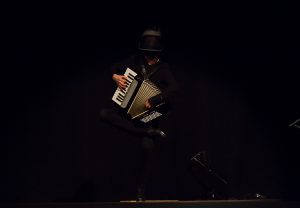 I performed my new whole evening piece Spectacle, which is one hour solo piece, where I am merging the construction and physicality of Japanese double-reed instrument hichiriki, habits around its use and making and Japanese Gagaku notation with a research on ethnomusicological methodology in a field, influence of continuity and discontinuity in Michael Jackson´s work, my environmental performance practice, dance and accordion playing. 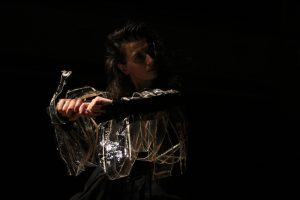 There was sound, noise, music, movement and show. I made the piece to be specific to the Roulette venue and its equipment. I included scores for lights, choreography for sounds, scenes focused on things and played with water and wind.